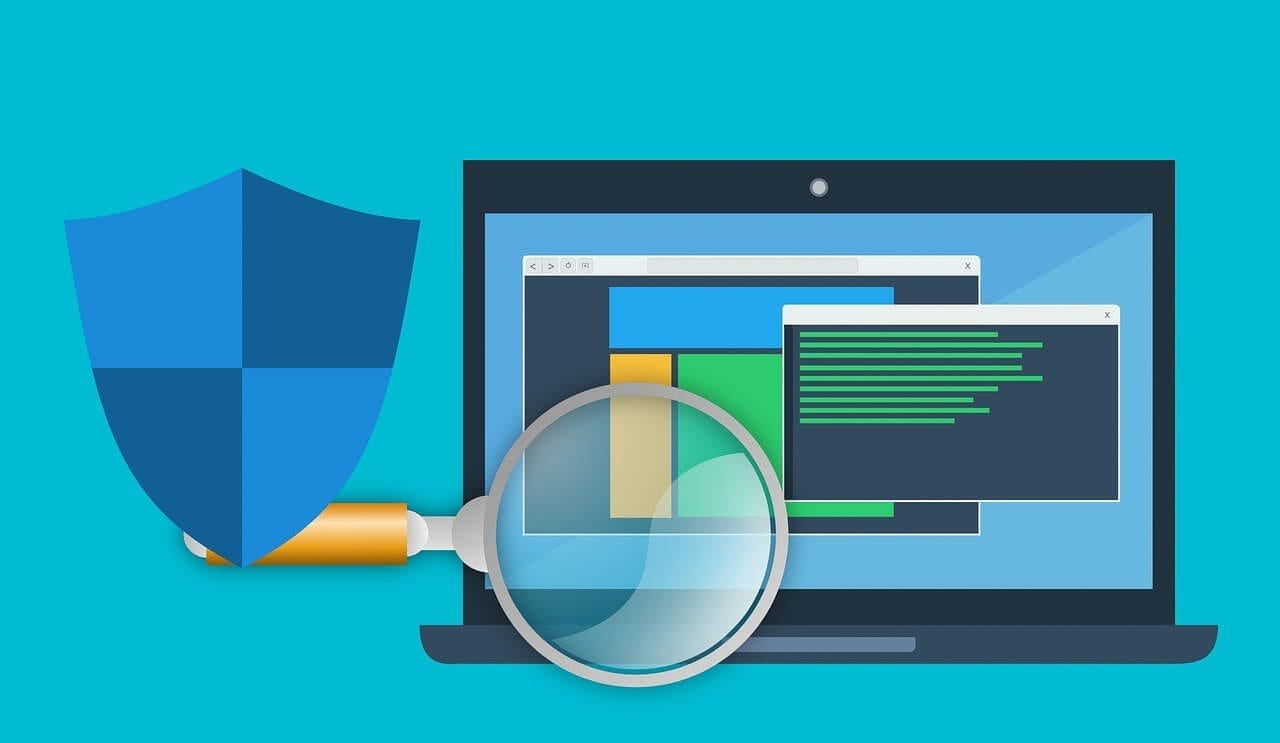 According to numerous reports, sustainable growth in the Mac viruses attack has been recorded in the past few years. Cybersecurity is a big issue in front of the world today, it has become very hard day by day to control the malware attacks for Operating Systems. This is the biggest reason that every leading OS platform recommends its users to install best antivirus for Mac, Windows and other operating systems.

Well, if you are a MacBook user and think that you are highly secured, then you are partially correct. Partially because Apple computers are indeed more secure, then the Windows or Android gadgets as macOS is a Unix-based operating system. It’s like having multiple doors on your lock to avoid the access of viruses. However, they are not entirely secure and are currently on the radar of cybercriminals, thus you have to get the best anti malware for Mac instantly to keep your Mac secured in 2020. 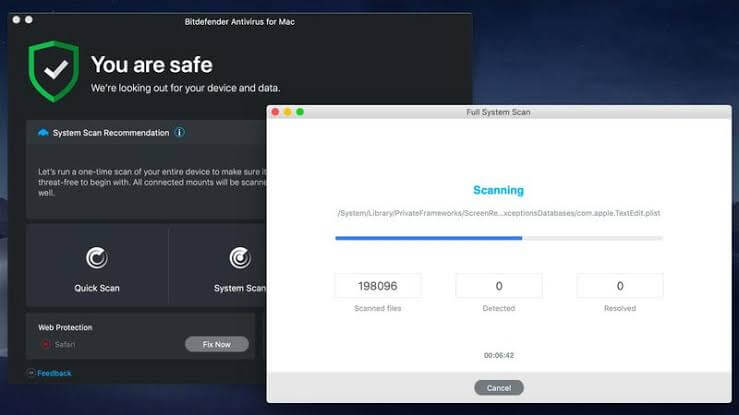 To get done the most accurate antivirus scan on your Mac device, you can trust Bitdefender Antivirus software. This is one of the best Mac antivirus available on the market for 2020. It is loaded with the features like – multiple layer ransomware protection, adware removal and its applicable for Windows malware scans also. If you are tired of internet nasties, then don’t wait another second before getting Bitdefender Antivirus for Mac. 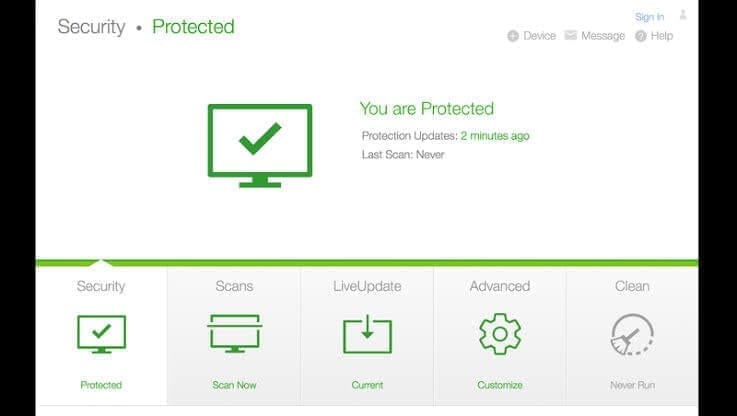 Norton is one of the most trusted and old names in the antivirus industry. Norton Security has quite strong security standards for Mac users. However, this app won’t openly disclose that it requires third-party kernel extension to activate Antimalware package for Mac, this could be a concern for newcomers.

Moreover, to complete the installation process two Safari plugins are recommended – Safe Web and Identity Web. It is an unobtrusive antimalware tool for Mac which is always ready to protect your system. The scan time is quick if you don’t include XcodeGhost scan which can be later conducted separately. With Norton Standard, Deluxe and Premium versions, you can welcome sense of security and protection in your Mac devices. 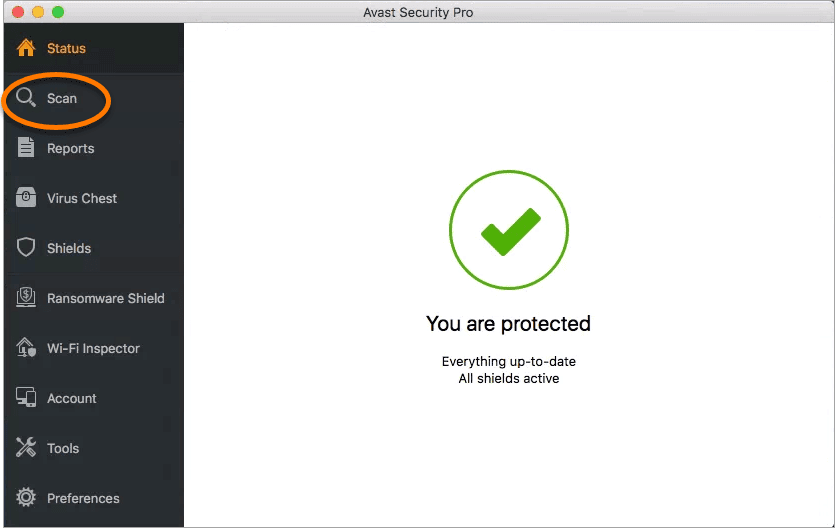 If you are looking for best antivirus for Mac that can go extra mile for you, then you have to try Avast Mac. The core antivirus program of the software helps in real time protection and it has the ability to catch threats when they appear. This free antivirus for Mac enables you to run full system scan plus if you suspect a problem in the certain file or folder, then you can launch targeted file for a scan as well. With Avast Mac version, it’s even possible to schedule your scan so that automatic scan can be conducted frequently.

It is highly functional antivirus software for Mac, Avast’s wireless network scanner, which quickly checks your network, router, and connected devices, alerting you to any vulnerabilities. If you are famished with Avast free features, then you will be very pleased to get Avast Security Pro in 2020. 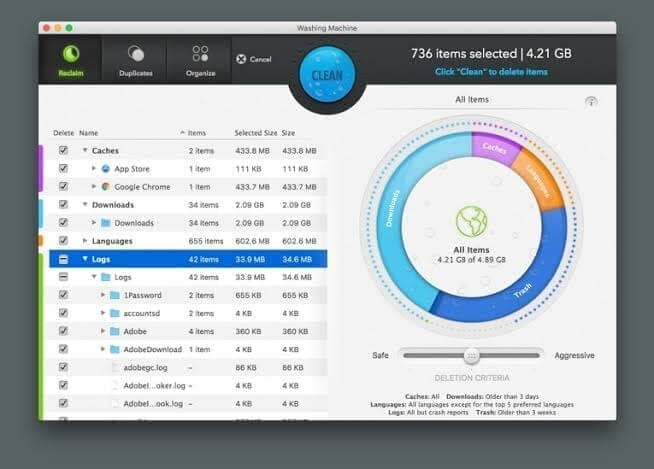 Next best Mac malware protection software is Intego’s Mac Premium Bundle X9, a suite of five Mac apps designed to protect your Mac and your family.

First there’s VirusBarrier X9, which has consistently proven to be the world’s best Mac antimalware solution; its realtime defense keeps Macs safe from every known malware threat. NetBarrier X9 is a two-way firewall; it not only prevents incoming attacks, but also prevents apps on your Mac from invading your privacy by phoning home without your knowledge or permission. 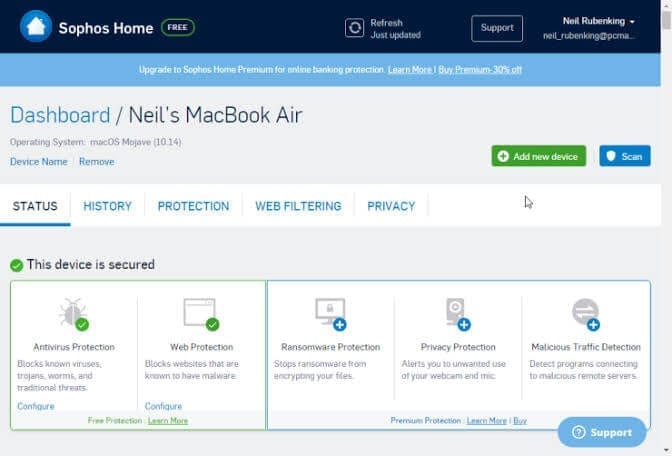 For individual users who want a best free antivirus software for Mac in 2020, this is for them. It is free software, however, some Premium features will get expired after 30 days trial. However, the free version is quite impressive and offers features such as parental web filtering, web protection from known malicious sites, remote management, real-time antivirus and much more.

But, if you want more features like ultra real-time protection, ransomware safety, privacy, up to 10 devices support, then you have to get the Premium version. 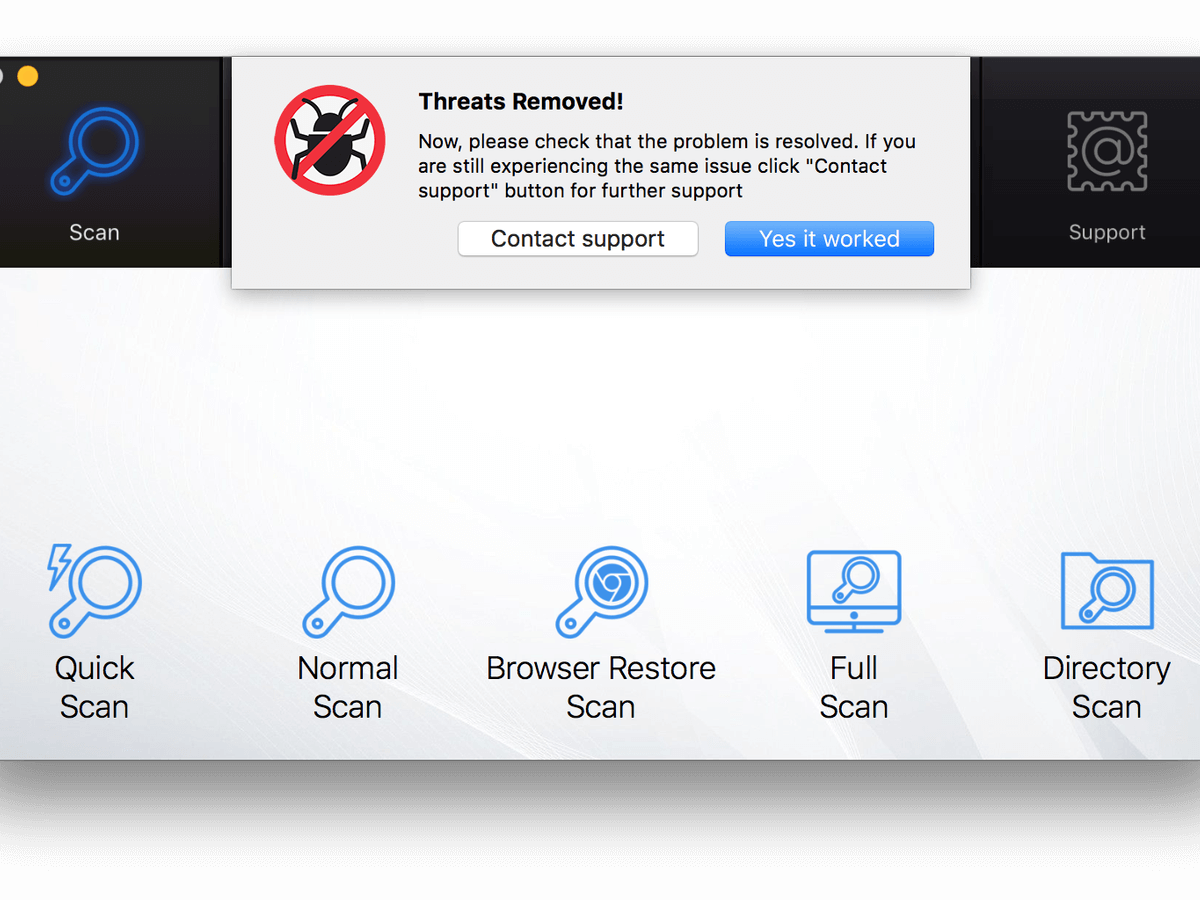 In the list of the best antimalware for Mac, Antivirus Zap is a slightly different antivirus option. You can install it from the Mac App Store so it’s installation is easy and can scan very smoothly. It is different because the scan just shows you the list of viruses detected in the app or file which you have to manually delete from your MacBook.

The negative feedback of this antivirus app is non-availability of on-demand protection. The app can’t run in the background, you have to manually run a scan every time. The bugs and other small problems can be easily handled by this tool. So, it is one of the best antivirus for Mac in 2020. 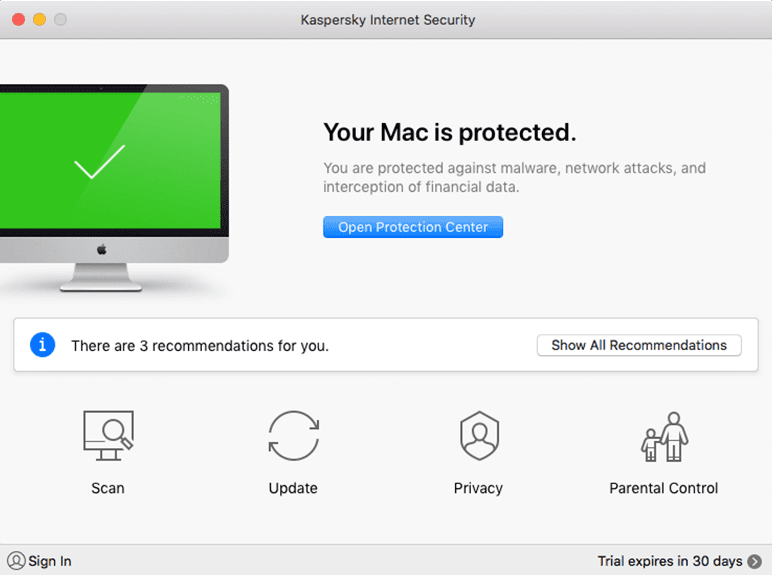 Kaspersky Internet Security for Mac brings plenty of cool features that can make their competitors run for the money. It has bright features like protection against ransomware, parental control, and tool to let you securely login into your bank or online shopping accounts. However, the huge range of features might make the cluttered navigation, but to get so many cool features little cumbersome is alright. This best antivirus for Mac ensures your system remain in good health in 2020. 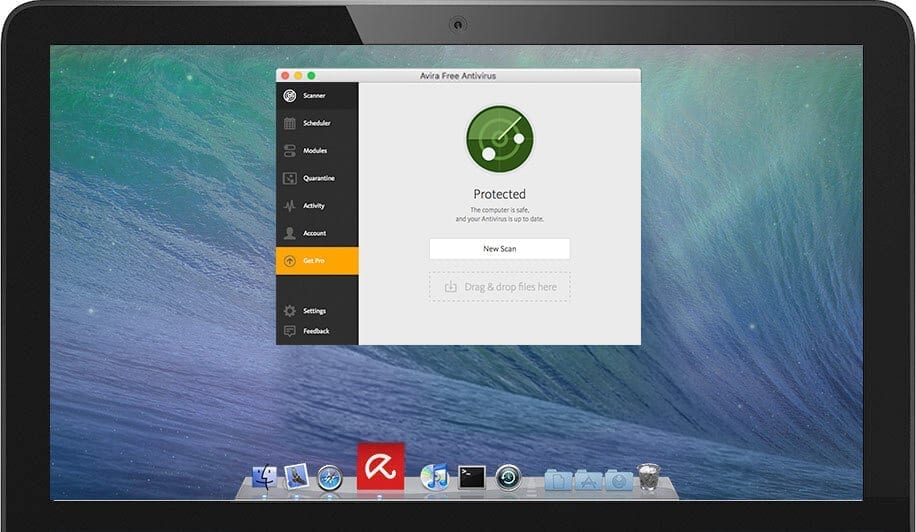 Avira Anti-Virus tool is known for its simplicity and lightweight approach. In this antivirus for Mac, you don’t find any web filtering, network scanning or additional security features. This tool simply works to keep your system malware free. The app has multiple other features as well – real-time scanning, picking up threats, schedule scan and much more. This tool is not only programmed to handle Mac threats, but it can also be used by Windows users as well.

Also Read: How to Run Windows Software on a Mac 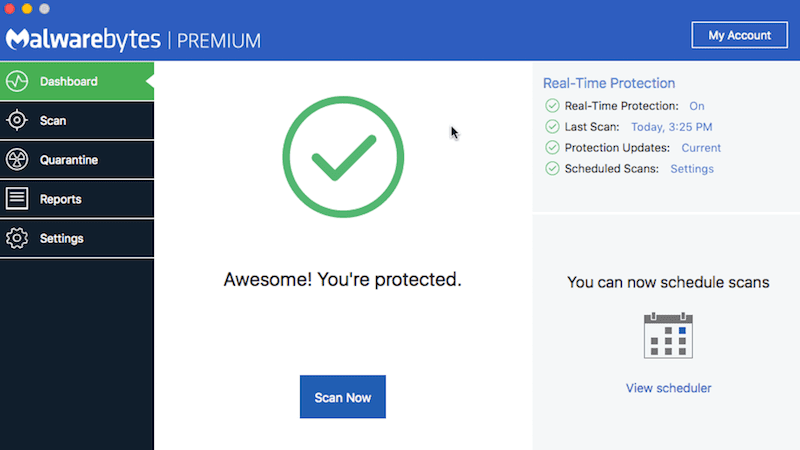 Use Malwarebytes for Mac to keep your data  and system security intact. It is an antimalware software for Mac that isn’t all about detecting the latest deadly ransomware or high threats, but it can also strip out unwanted programs like adware which are very dangerous for your system. They are making your system slow by blocking space. Malwarebytes for Mac has a record of removing the full range of threats with its straightforward and effective approach.

Malwarebytes antivirus is lightweight so it won’t block much space. However, it can only remove the existing infection, but can’t control the future attacks. The performance and easy installation are two highlights of this software. 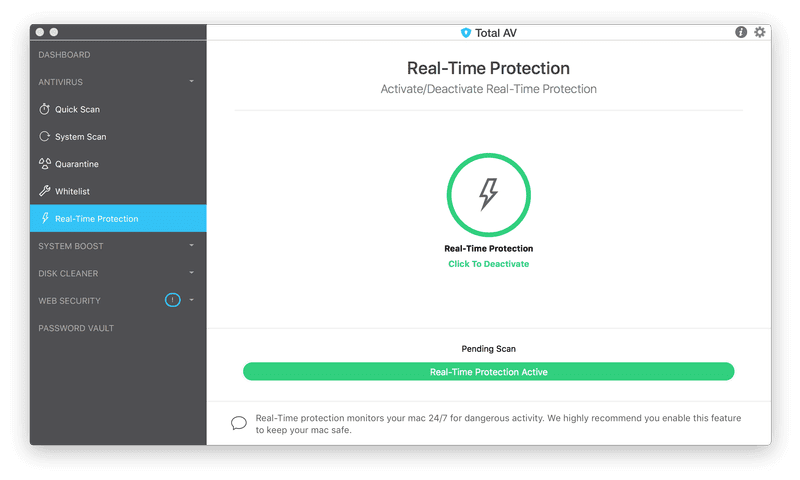 This one is a free antivirus for Mac that is on our best antimalware for Mac list. With this tool, you will get System Boost tool pruning startup programs and uninstalling apps, a Disk Cleaner tool to scan for duplicate apps, and an ad-blocker for Chrome, Firefox, and Opera. If you are ready to invest in the paid version, then VPN and password manager can be provided by this program.

The automatic scan won’t work on the app, but when the app is open in your MacBook, then you can manually scan viruses.

Now, it’s your choice whether you want to take a risk and keep on using your macOS devices without proper antivirus app or you be the smart one and install the best antivirus for Mac immediately to keep your system & data safe in 2020. So, be secure and always use best antimalware for Mac.