ReFS vs. NTFS: Which Is a Better File Format? 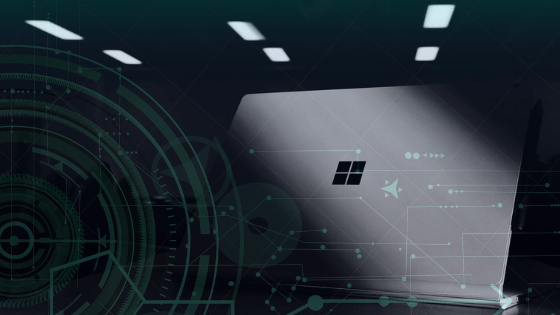 Hyper-V environments cannot function properly without reliable storage, significantly impacting virtual machine (VM) performance. This is because the storage’s primary purpose is to save and retain available data appropriately. As a result, Microsoft Hyper-V offers a variety of storage options that differ in several ways.

However, storing, managing, and accessing data would be impossible without a file system. And for that purpose, Microsoft has two prominent options — Hyper-V Resilient File System (ReFS) and New Technology File System (NTFS).

There is always a debate around Microsoft users — which is better, ReFS or NTFS?

Both formats have some special features that can help you a lot. So, to help you choose the best option, we have created a ReFS vs. NTFS comparison guide. It will show you how both formats work and which is better for you.

ReFS, aka Protogon, is a file system introduced by Microsoft with Windows Server 2012. The goal of ReFS was to create an advanced file that could safely store large amounts of data. It contains built-in resilience, automatic integrity checking, data scrubbing, and data degradation prevention.

Furthermore, the ReFS file system can work in tandem with Storage Spaces, a storage virtualization layer used for data mirroring, striping, and storage pool sharing. As a result, ReFS can detect corrupted files on a disc and repair them automatically. The goal of ReFS was to develop a file system that is resistant to data corruption and offers on-demand scalability for large environments.

NTFS is a Microsoft file system that was included by default in previous versions of Windows and Windows Server. The NTFS file system includes several features for managing disc files and preventing disc failures.

Other ReFS features include:

Self-healing NTFS: The NT file system includes a self-healing feature that detects and repairs corruption on an NTFS volume or files in a single step, eliminating the need to run a disc repair utility.

File-Level Encryption: File-level encryption is a noticeable feature of the NTFS file system that protects your file content from unauthorized access.

Disk Quotas: The main feature of NTFS v3 is Disk Quotas, which allows administrators to limit a user’s disk space usage. It also keeps track of how much disc space each user consumes.

Data protection tools are available in both NTFS and ReFS. However, ReFS is superior because it no longer requires the chkdsk command.

The chkdsk command is sometimes required to repair the disc in NTFS format, especially if the power is abruptly cut off. If bad sectors happen in the data area at this time, the data may be corrupted.

The ReFS format, on the other hand, supports automatic verification and repair and does not require the chkdsk repair command, reducing the impact of bad sectors on data.

Both NTFS and ReFS have features that allow them to significantly improve file system performance.

Transactional NTFS was introduced in Windows Server 2008, allowing it to monitor system performance through transactions. In this case, file operations are carried out via atomic transactions, which means you can configure a transaction to apply multiple file changes in the system.

The transaction is designed so that all or none of the operations will succeed. In the event of a system failure, the adopted changes are written to disc, and any unfinished transactional work is rolled back. Thus, transactions enable you to carry out operations without interruptions or errors while saving progress.

Disk quotas, file compression, and resizing are other options for improving performance. Disk quotas allow the administrator to allocate a certain amount of disc space to users and detect when the limit is reached. Furthermore, NTFS can compress system files using compression algorithms, increasing storage capacity. Finally, the resizing feature allows you to increase or decrease the size of an NTFS volume by using unallocated disc space on the system.

As previously stated, ReFS can be integrated with Windows Storage Spaces, allowing for real-time tier optimization. In ReFS, a volume is divided into two sectors: performance tier and capacity tier. Each of these tiers has its type of drive and resilience.

Another feature is block cloning, which is used when working with dynamic workloads like VM cloning and checkpoint merging. In this case, block cloning is done based on metadata rather than file data. As a result, copy operations perform faster, and disc overhead is reduced.

When comparing the scalability of ReFS and NTFS, the former can support remarkably large data volumes. For example, NTFS has a theoretical maximum capacity of 16 exabytes, whereas ReFS has 262,144 exabytes. As a result, ReFS is more easily scalable than NTFS and provides better storage performance.

It is also worth noting that in NTFS and ReFS, the maximum file name length is 255 characters, whereas the maximum path name length is 32,768 characters. ReFS, on the other hand, supports longer file names and file paths by default. In the case of NTFS, you must manually disable the short character limit.

We can conclude from the above NTFS vs. ReFS differences that the two file systems are used in very different ways. NTFS is intended for general-purpose use in a variety of configurations and workloads. It can be used almost anywhere.

However, ReFS is merely a supplement to NTFS. Therefore, it is appropriate for customers who require the availability, resilience, and/or scale that ReFS provides. To be more specific, ReFS is better suited for the following configurations and scenarios:

Storage Spaces is a technology that enables software RAID. You can use Storage Spaces to group three or more drives into a storage pool and then create volumes using capacity from that pool. As a result, you can protect your data from drive failures.

Storage Spaces Direct (S2D) is the next step in the evolution of Storage Spaces. It combines Storage Spaces technology with other technologies, allowing it to combine multiple servers’ “Local Disk” into a large storage resource pool. As a result, it can save space, electricity, and air conditioning, among other things, and it supports the “Scale-Out” operation structure and the Storage Spaces structure.

Suppose you want to use software or hardware that requires reliability and resilience (such as software RAID tools, hardware RAID, VM, and so on). In that case, ReFS is a good option that will provide significant data security benefits.

As the above shown, the question of ReFS vs NTFS is still relevant because ReFS is still very limited in its functionality compared to NTFS. For example, ReFS lacks critical NTFS features such as data compression, encryption, transactions, hard links, disc quotas, and extended attributes. Another limitation of ReFS is that, unlike NTFS, it does not allow you to boot Windows from a ReFS volume.

The reason can explain the limited functionality it was designed: to protect against data corruption and increase file system scalability. ReFS, on the other hand, cannot be dismissed as a less efficient file system because it has many features that can improve its performance.

Thus, the choice between ReFS and NTFS is primarily determined by the task at hand. NTFS is currently a better option for storing less sensitive data and having more granular control over files in the system. ReFS, on the other hand, may appeal to users who need to manage data in large-scale environments and want to ensure data integrity in the event of file corruption.

ReFS vs. NTFS: Which One To Use?

Microsoft Hyper-V is effective virtualization software that is constantly being improved. In addition, because data storage requirements have changed dramatically over time, cutting-edge ReFS has been introduced as a file system that can overcome the issues in NTFS.

Compared to NTFS, the primary goal of ReFS is to improve system resilience to data corruption and ensure extensive scalability. However, ReFS is still a young file system, and its functionality isn’t as mature as that of NTFS. Consider the scale of your business operations, your virtual environment’s needs, and your data’s sensitivity when deciding between the two options.

So, on a parting note, we can say both file formats are great in a certain situations.

That’s our wrap. For more guides, stay tuned only here.

Best Zoom Alternatives for Videoconferencing in 2023 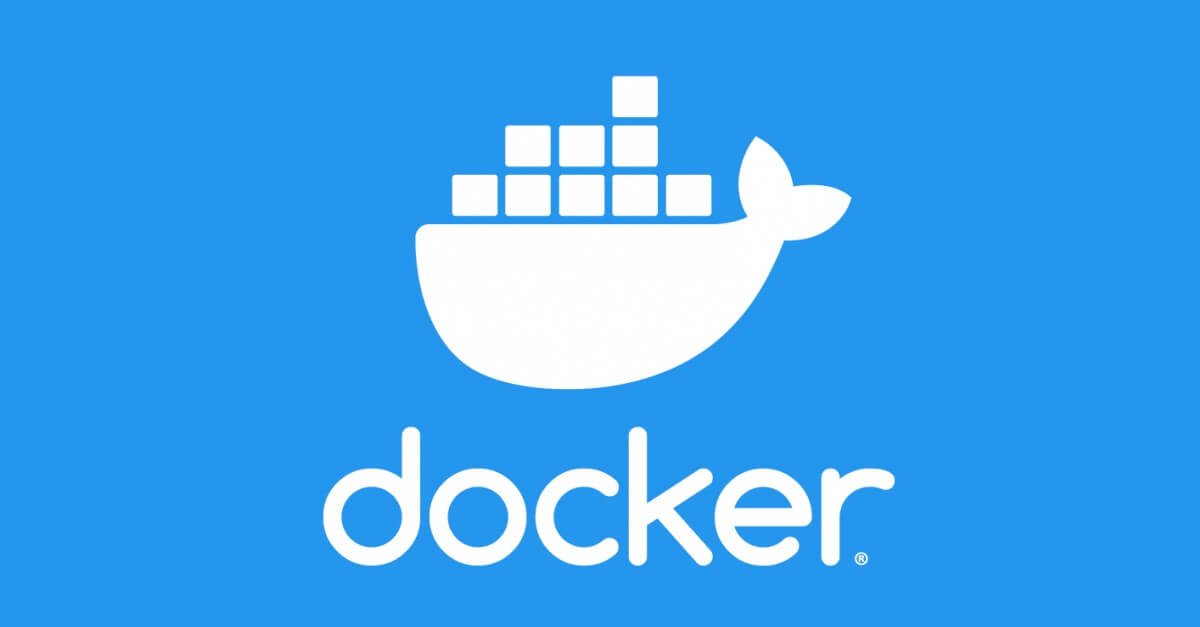 How to Install Docker on a Mac?

Introduction In Mac and even Windows computers, the Docker Desktop is a native app from Docker for various purposes, like launching, debugging, building, and testing containerized apps. A wide range of features are available within this app, made to simplify the setup and monitoring processes of the isolated environments where the projects are available. The […] 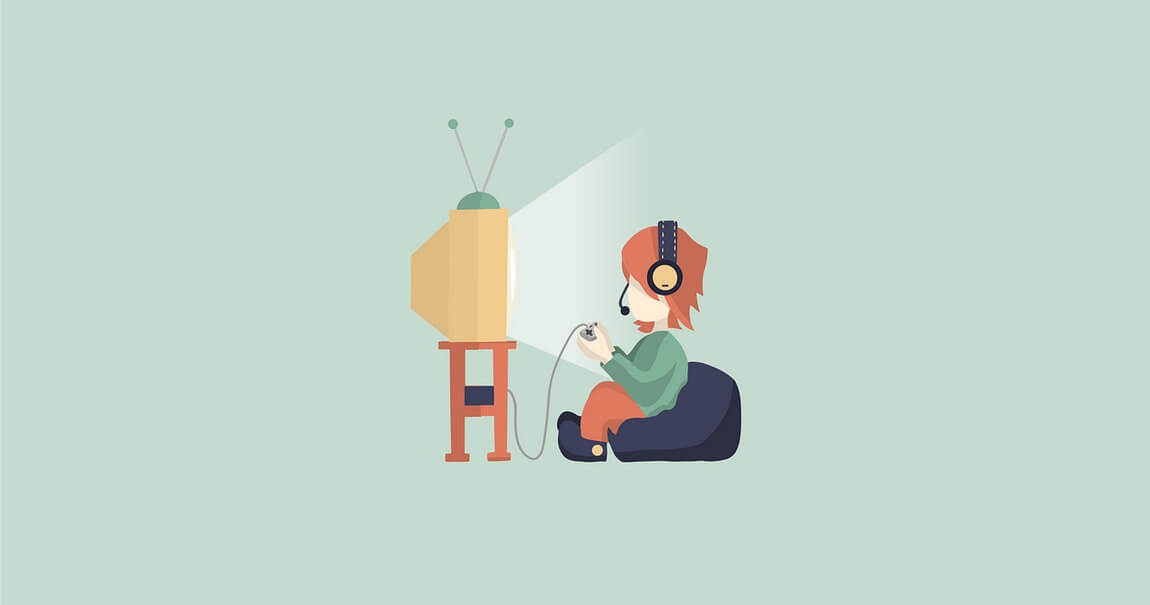 The Most Common Types of Video Game Bugs

Introduction Game developers, over time, have made advancements in the digital video game software types they release. Yet, despite the improvements, bugs or glitches are imminent in any software after upgrades or game patches. This is primarily in the case of video games that utilize high RAM and graphics. For gaming experts, the glitches and […] 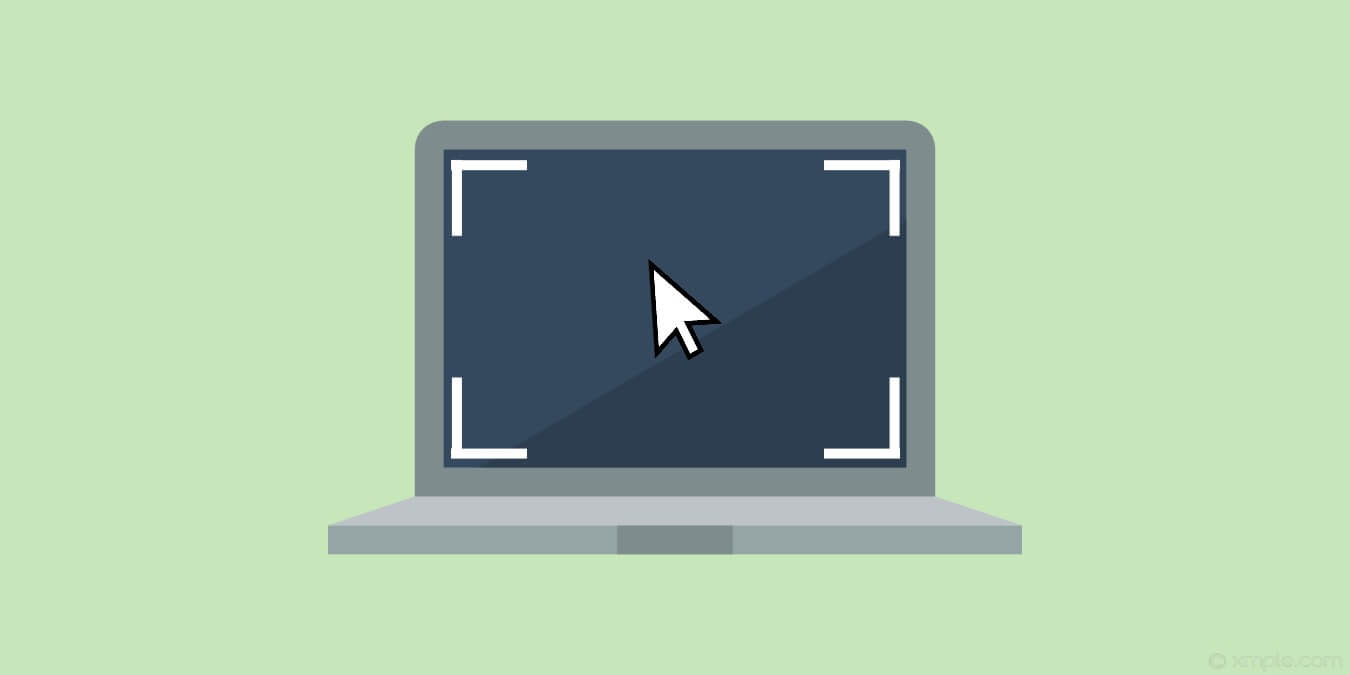 How to Change The Mouse Cursor On Windows

Introduction Cursors are necessary to perform different operations while using a desktop system. Hence, these are useful in performing different functions on your system. With so much to offer, do you know that it is possible to change the mouse cursor settings on Windows? So today, let us help you understand how to change the […] 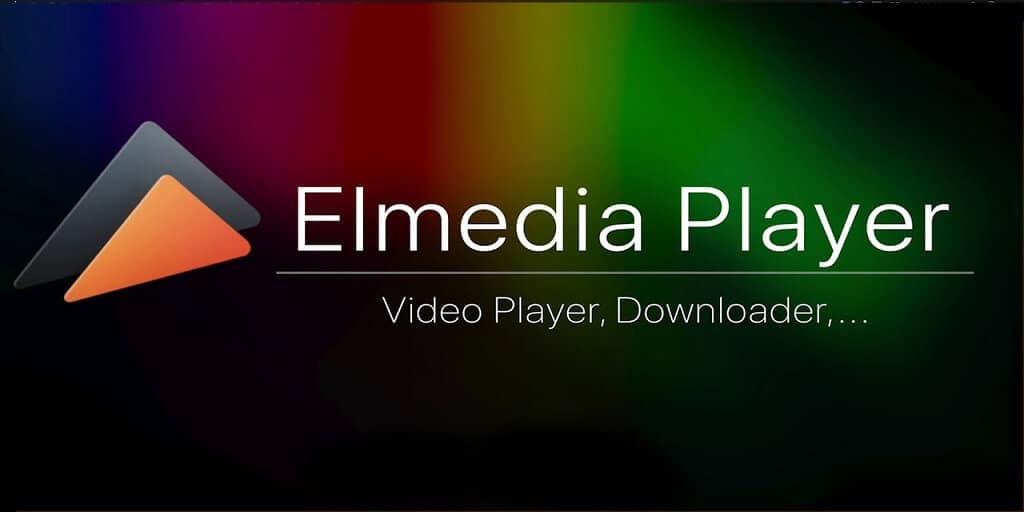 The Ideal Player for Use with Apple TV: Elmedia

Apple TV has now been around for over a decade, with each new generation building on the successes of the previous one. It’s become a popular choice for anyone looking for additional hardware for their TV that gives them unlimited access to their favourite content. Over time, more and more players have adapted to function […] 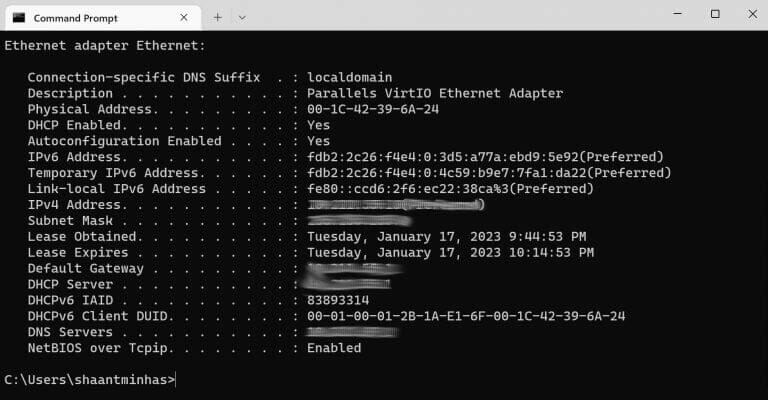 Introduction The different devices that sync with a network all have unique ID numbers assigned to them. So, the mobile devices, computers, tablets, and other tools people access and use, have an embedded Media Access Control or MAC address assigned to their physical network adapter (Bluetooth/WiFi/Ethernet). The benefit of this 12-digit hexadecimal number is simple- […] 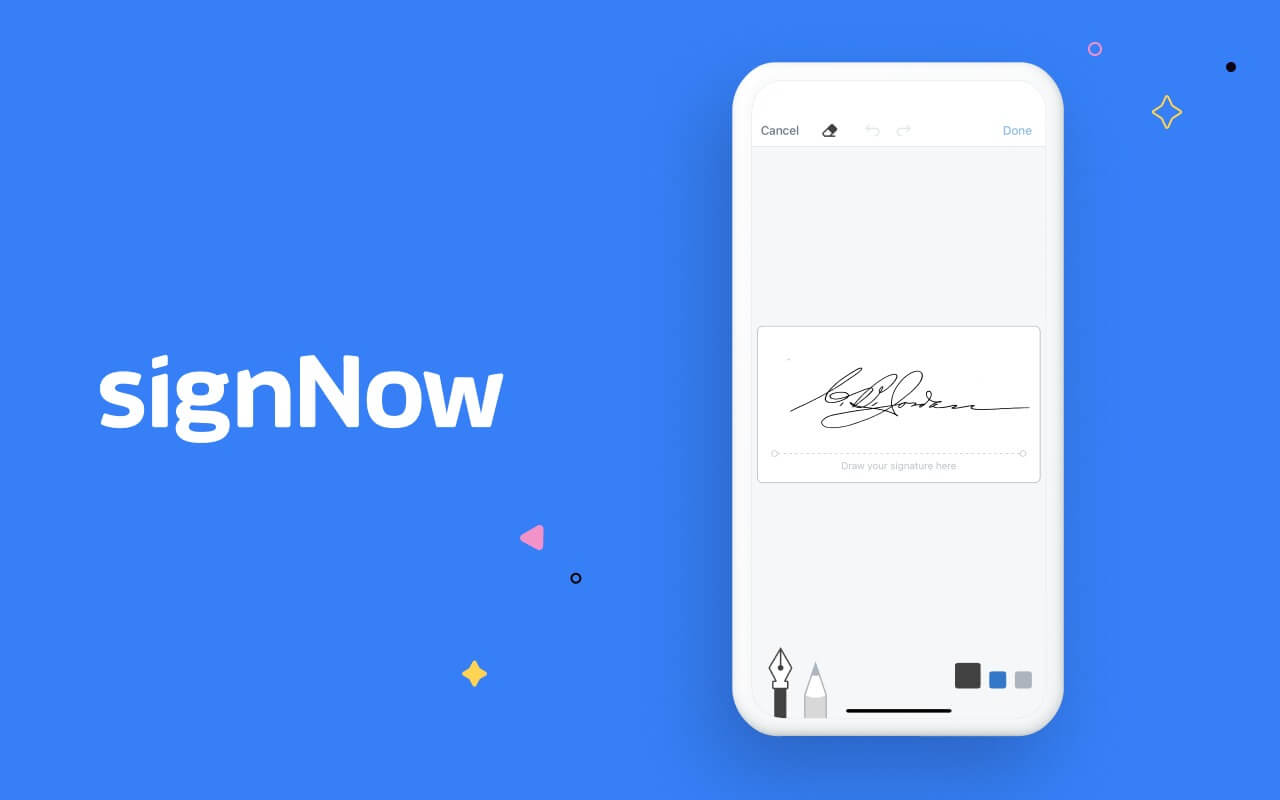 signNow Review: Is It The Right Electronic Signature Software?

Introduction signNow brings the power of cloud technology to the electronic signature. Launched in 2011, it is now a part of the airSlate Business Cloud software suite. We’ve conducted a detailed research and used signNow to bring an honest review of this effective tool. With the increase in business operations, the workload of documents management […] 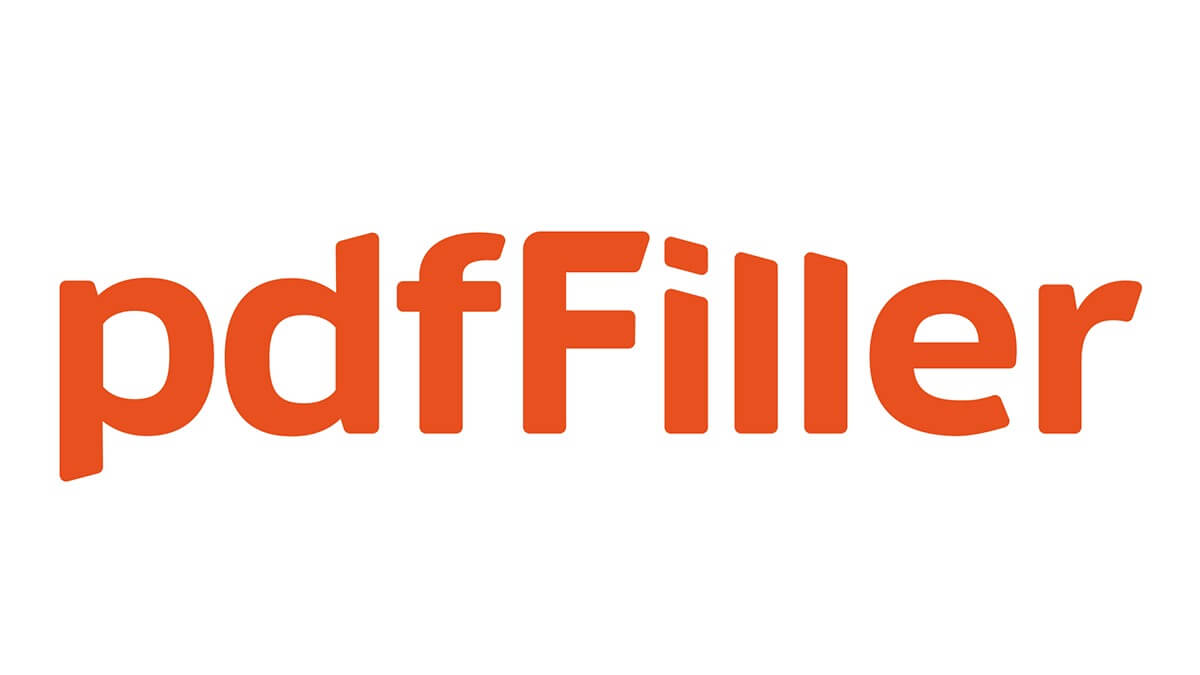 pdfFiller Review: Is It the Perfect Document Management Solution?

Introduction Have you ever thought that which is the popular and universally-accepted document format used in day-to-day business interactions? Many will answer- Portable Document Format (PDF). Created in 1993 by Adobe, it facilitates electronic document exchange. Thanks to its graphic integrity, security, and convenience, a majority of professional communications are dominated by PDF. While PDF […] 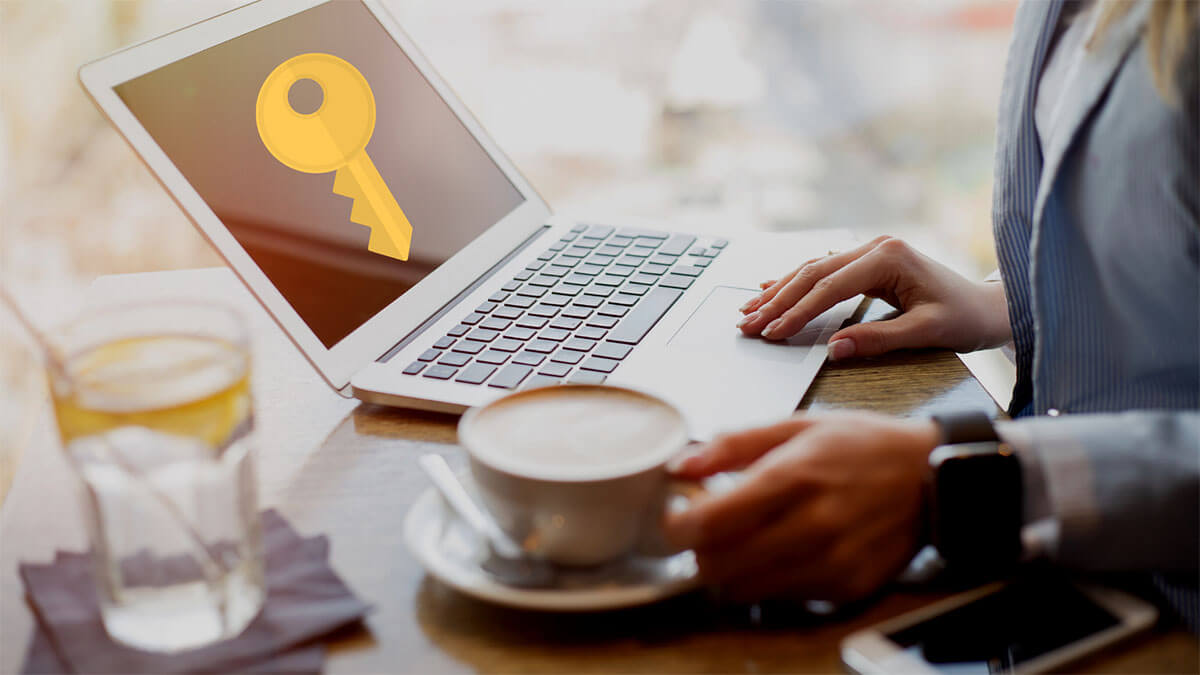 How to Fix Activation Key Not Working on Windows 11?

Introduction While trying to access Windows 11, some issues can affect the System’s proper functioning. For example, the inability to activate Windows 11 without a key, like a valid digital license or activated key, is common in this context. The issue can be frustrating to handle, but it is possible to fix it. The error […] 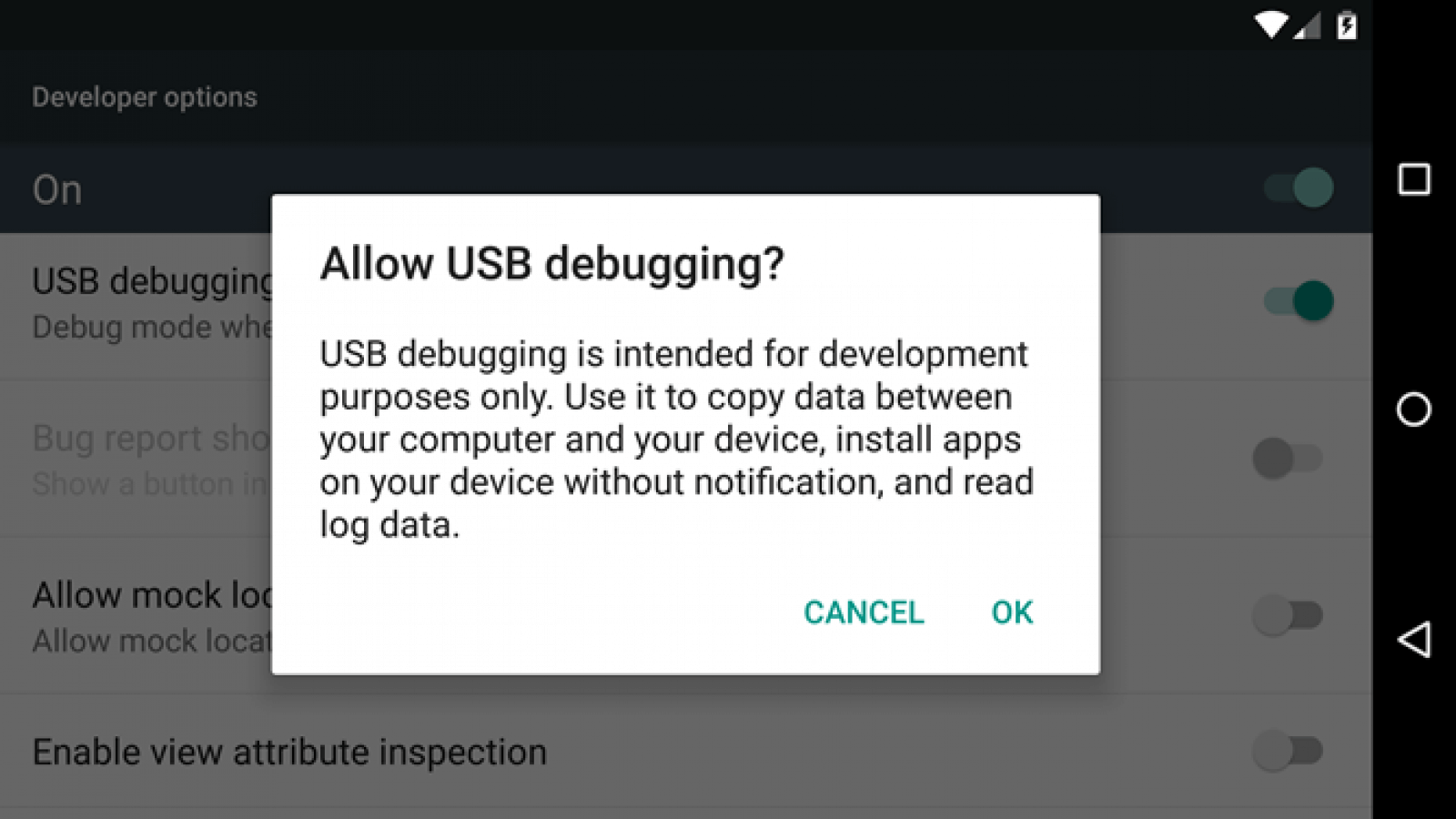 What Is USB Debugging Mode on Android? How to Enable It

Introduction For activating any advanced function on Android smartphones and tablets, handling USB debugging is an important procedure. This is a necessary process that allows the Android device to access and communicate with an Android SDK via USB. Multiple complex actions like rooting the device or flashing Factory image on Nexus devices are done in […] 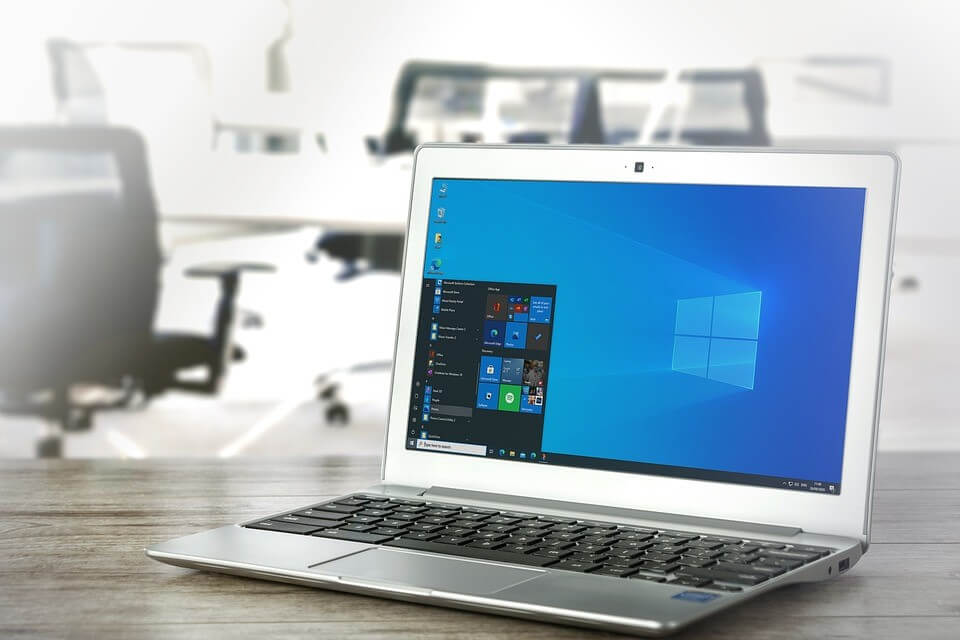 Installing new programs on the Windows 10/11 system are easy when you have an ISO file. It is the disc image of all the installation files required for a single program. Windows operating system 8.1 and higher allows mounting this file and quickly installing the software. So, are you looking for the detailed steps to mount […]