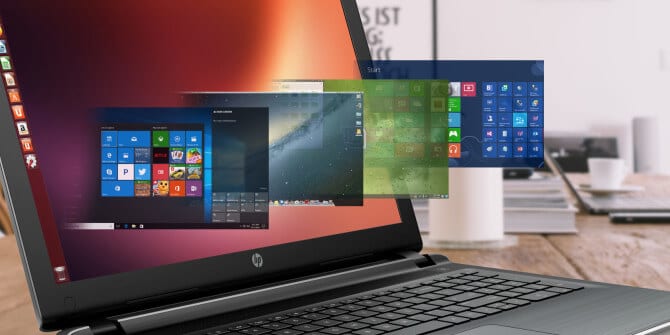 A virtual machine is a very trendy topic of IT industry lately. VM is a sort of operating system or application which enables users to run multiple OS on the same device in a secure and isolated environment. Like, with virtual machine software, you can run Windows 10 OS on your macOS or vice versa. As an extra benefit, you can create numerous OS combos that include Linux, Solaris and Chrome OS.

Today, there are different types of virtual machines available which makes VM software popular among computer users. It is very difficult to pick the best virtual machine software out of the pile of various programs. However, to give you some idea, we have listed down some nice VM software options. 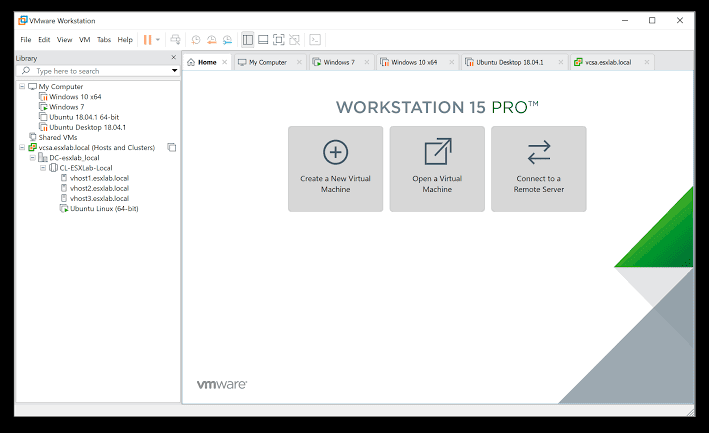 With the glorious journey of 20 years, this VM software offers a 3D solution by supporting DirectX 10 and OpenGL 3.3 which will remove images and video degradation. This tool has some advanced features that provide the ability to set up and elaborate virtual networks while data center topologies can be implemented when the software is integrated with third-party software.

The features like snapshots and cloning system offered by this virtual machine software program make the process of deploying a various instance of same VM very clean. This software is available in two versions – Workstation Player and Workstation Pro. The Player version allows the user to design new VMs and can support 200 guests plus some other features.

On the other hand, the free version fails to offer advanced VMware features. This program is compatible with – 64-bit Linux distributions, Windows 7 or above and Windows Server 2008 R2 or above. 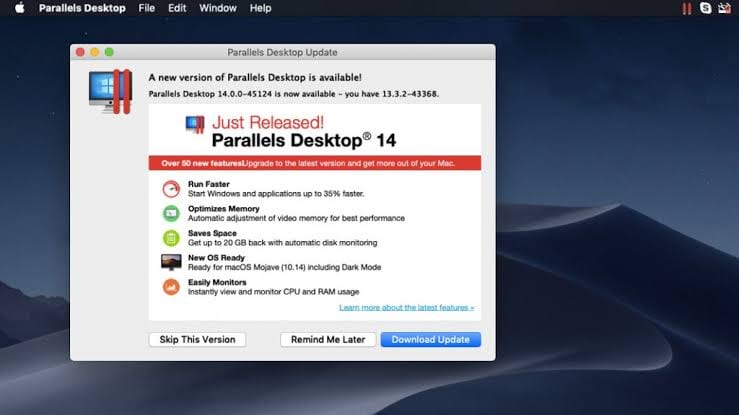 As we all know that Boot Camp is a free iOS tool to run a virtual session on macOS, but if you have to perform this function multiple times, then Parallels Desktop 14 is a solution for you. That’s because this VM software enables you to run Windows alongside on your native OS. This virtual machine software Windows saves you from the situations where you need to find software which runs smoothly on iOS and Windows platforms.

The few dynamic features of the software are – Windows alerts in Mac notification center, operate unified clipboard and much more. Mac users mostly think that this virtual machine software is only applicable with Windows OS, but in fact, it can be used with a wide range of Linux Distros, Chrome OS and other previous versions of macOS as well. 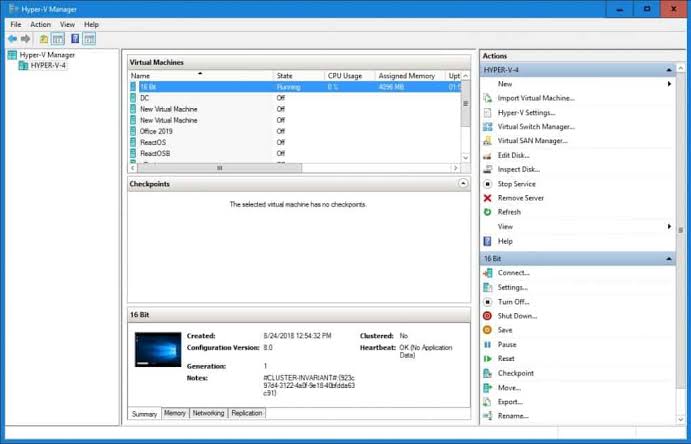 Microsoft Hyper-V or Viridian or Windows Server Visualisation, all these names are referred to one virtual machine software Windows introduced in late 2008. However, today this robust software is part of Windows 10 Pro and Windows Server so you won’t have to bear the additional cost to use it. It is a very common hypervisor that won’t perform any witty functions like VMware.

This software offers support to Windows Server, Windows XP SP3 or later, Linux with a 3.4 or better Kernel and FreeBSD. In this tool, you might not get amazing Linux support as virtual GPU isn’t available in it. This tool is a very basic application for regular computer users so don’t expect anything miraculous from it. 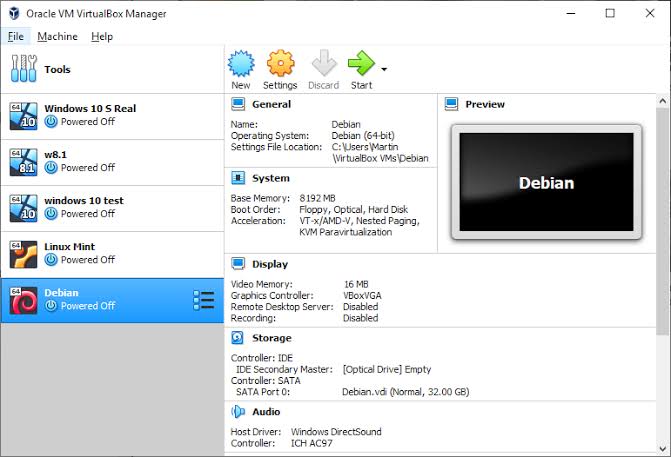 For new users, VirtualBox from Oracle is the best open-sourced and free VM tool that can be quickly downloaded. It was first introduced in 2007 and swiftly became very popular because of its limited-edition features. This program is compatible with all Windows versions plus it can be downloaded on any version of Linux above 2.4. It is an ideal choice for the user who is hardcore Windows fan as they can download NT, Server 2003 version, Windows 3.x, IBM OS/2 and more.

iOS users can also enjoy the awesome features of this application. Apple only allows their system to operate on their trademark hardware, so you won’t be able to run macOS Mojave on VM unless you have Mac. One of the best features of VirtualBox is that it allows the user to transfer VM from one host to another, the operating system doesn’t matter here.

Moreover, you can run multiple guest windows at the same time on the one machine. And, the cherry on the top, you can run Windows and macOS applications side by side with this tool. If you are a new user, then you can easily find information and tutorials on the Oracle website. 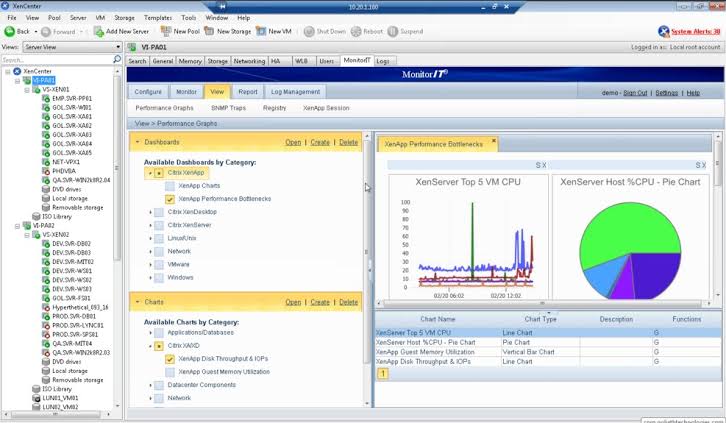 It is an open-sourced tool and available free on the internet to download. The basic version is free, but to get advanced features you have to purchase the paid version. The paid version has elegant management tools, automate the system and lively environment. It also has GPU capabilities which allow the user to enjoy virtualized activities. The other amazing feature of this tool is to create virtual data centers. The data centers help in managing both planned and unplanned outages smoothly and provide high levels of availability to business. 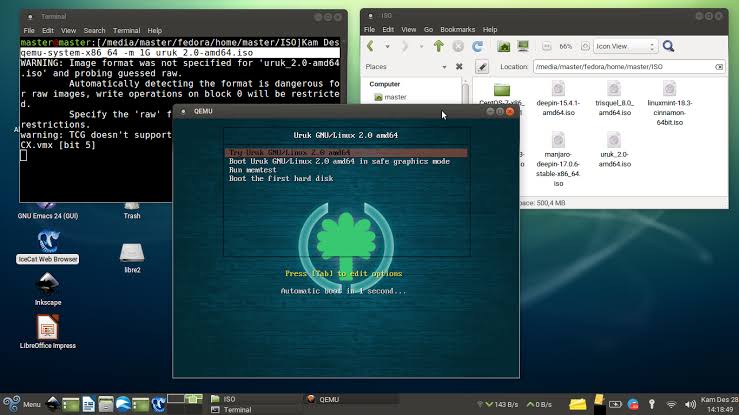 QEMU website isn’t a very sophisticated tool, but it is completely free. This program is quite different from other applications as it is both VM host and machine emulator at the same time. It can emulate PowerPC, MIPS64, ARM, SPARC (32 and 64), MicroBlaze, ETRAX CRIS, SH4, and RISC-V, among others. Additionally, it is trained to perform VMs operations without administrator privileges. This product is only available on Linux right now, however, it can run a wide range of operating systems.

Virtual machine software programs are very useful when you want to run different OS applications on the same device. Try one of these best virtual machine software discussed above and make your virtualization experience even more thrilling. Just make sure to check the compatibility of your VM software with your device before downloading it.