10 Best Offline Shooting Games for Android and iPhone in 2022 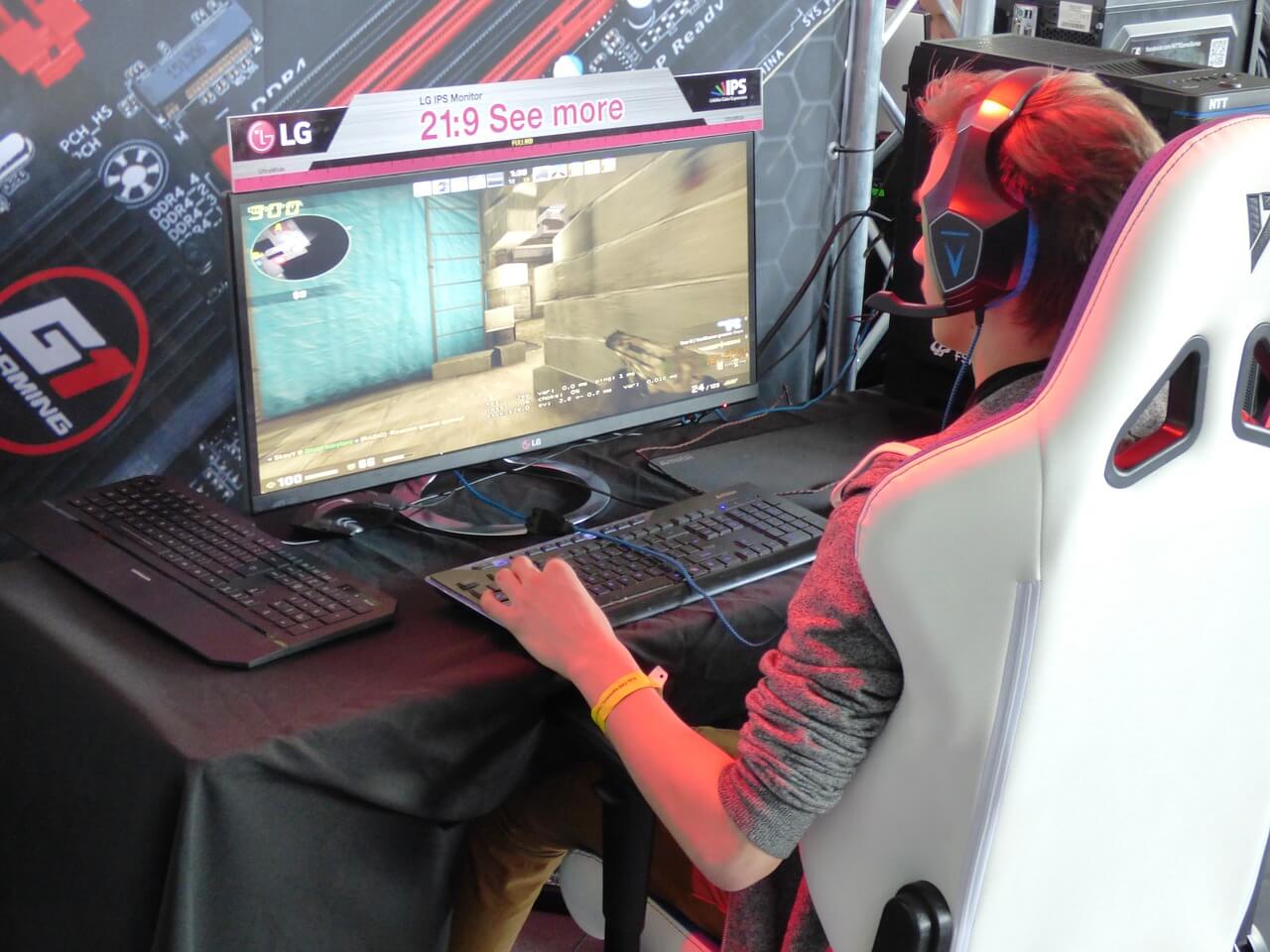 With the advancement of smartphone technology and the introduction of high-resolution displays and power chips, smartphones have become the first preferences of gamers to play some shooting games. Shooting games are the most interesting and easy to download games over the smartphones that provides a deep adrenaline rush to the players. The gaming industry is totally undertaking this new trend and designing dynamic shooter games for Android and iPhone users.

Today, there are plenty of amazing third party shooting game apps available in the Google Play Store and Apple App Store. But, selecting the best offline shooting games for Android and iPhone is a real challenge. But, we have accepted this challenge and have created the list of the most visually appealing and dynamic shooter games for you all.

Android people can play shooter games whenever and wherever they want by downloading following cool gaming apps on their gadgets instantly. 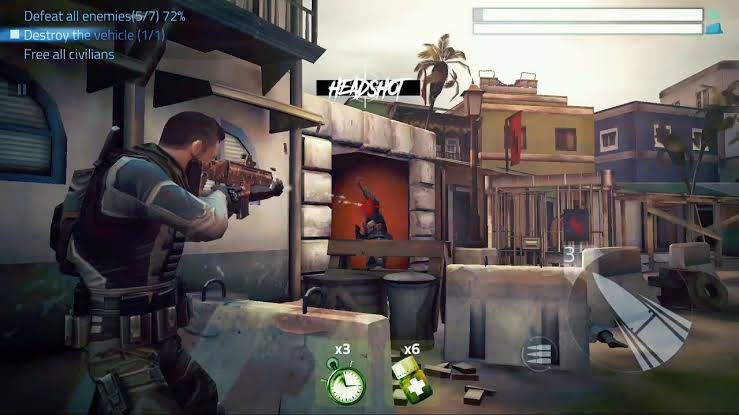 You can download this offline shooting game on your Android phone and start the immense battle against terrorists and zombies. This is one of the best offline shooting games for Android because of the availability of dynamic features. You can easily download this game on your phone and play endless battles offline daily. With the New 3d FPS Shooter experience you can develop resistance and command like a professional sniper.

The rustic battlefield and sharp graphics offer players multiple interesting backgrounds to test their shooting skills such as shooting missions on helicopters, control drones, search criminals, hostages, etc., The challenging story modes and modern control make it easier for you to rescue victims with the pro skills like a soldier or snippet. With the help of real-time view and an unlimited supply of artillery, you can win any battle. 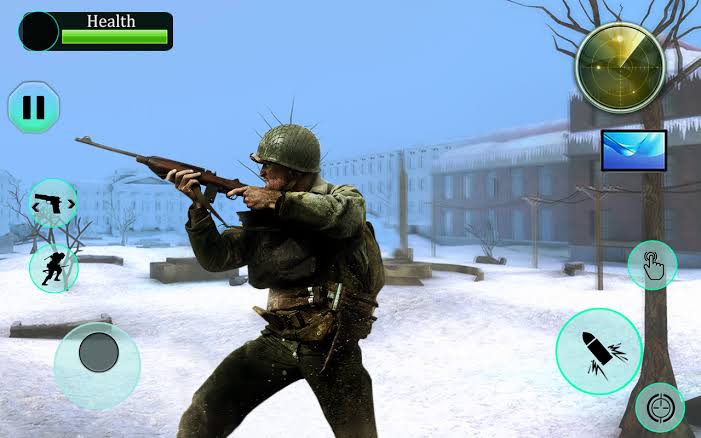 This game will take you to a secret mission where you have to save the world alone from the attack of terror and fight the battle of a decade. This is a classic FPS game and shooting game that will let you enjoy the graphics quality, animations, and player physics. It is a feature loaded gaming app with – different backgrounds, high-quality graphics, dangerous weapons, multiple sessions, epic story, and offline support.

This game will take you to the real battlefield where your enemies keep on increasing with the intensity of the game and offer you one dynamic squad experience. With this off-line shooting game, you can experience the extraordinary graphics features that will make your playtime worth it. 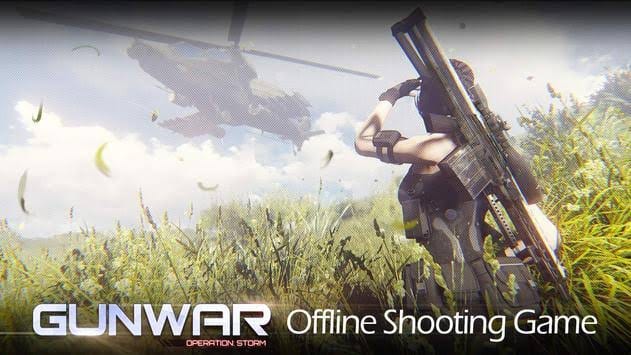 This is one of the best offline shooting games for Android users because it is a small size game with the features of the high-quality console game. It is a technology-based game which is packed with the artificial intelligent features that will present you a new enemy every time you play.

Apart from that, there are plenty of different features are designed in this shooting game – 15+ language support, 124 exciting shooter tasks, 50+ scenes and weapons, weapon upgrade system, World Championship leaderboards and much more. This is a perfect shooting game app which is designed for smart gadgets and has multiple features just like a video game. 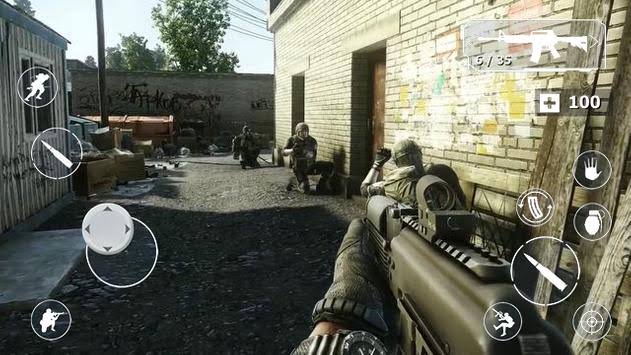 It is the best offline shooting games for Android that have been ever played. This game gives you free access to hide anywhere to kill your enemy and save the world from the attack of terror. You can enjoy different deserted locations with this off-line shooting game and can easily target your enemy with the easy modern control. Targeting your aim was never this easy before the Battle of Bullet game.

Accumulate XP and Level Up by playing campaign story mode then upgrade your spec ops abilities by unlocking higher-tier guns and other modern weapons. With multiple locations, weapons and playing modes, it is a high-quality gaming app that you should try. 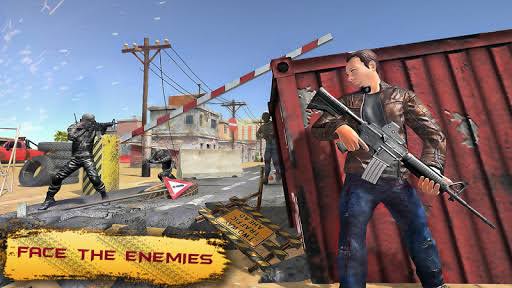 To save the world with your combat skills, you should definitely download this app. Android users can download this high powered app under 100 MB with the HD quality and SSG Commando Shooting Sniper Missions. You can easily use the zoom button to target your enemy and can easily move around with the joystick. This off-line single player game is going to change the vision of upcoming shooting games in the future.

All the iPhone users can enjoy some shooting fun by downloading following shooting game apps on their devices immediately.

It is one of the best offline shooting games for iPhone in 2020 because it is a colorful fun game. In this game, you will fight with your enemies using colorful paintball guns. You can play different paintball competitions with your competitors and strike them with shooting colors. This colorful shooting game is played indoors and cover barrel. The realistic physics, first-person gameplay, interactive animation, and 3D features are some colorful features of the game.

This action-packed third-person game will make your heart pump faster when you go on a bank robbing spear. You can face ultimate face-off against cops in over 70 bank shooting challenges. You can play the role of a ruthless thug with customized weapons and 3D crime map. With the option to create your own character and awesome 3D quality features, this app has traits of the best offline shooting games for iPhone. 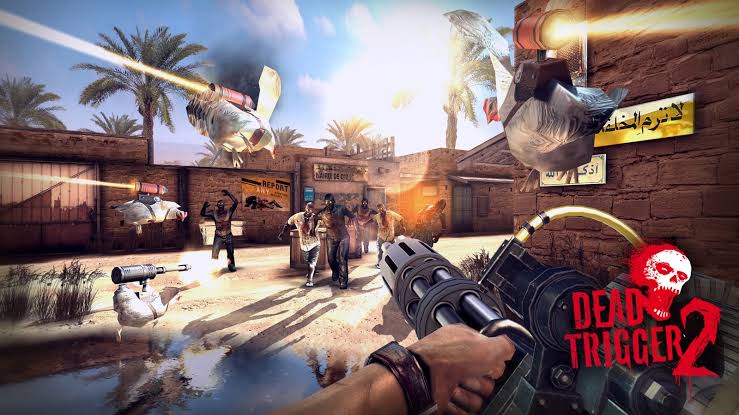 The background of this game is simple and elegant. There is a zombie attack on your city and you have to do everything in your power to control the attack and survive. So, there’s going to be lots of shooting and killing. This shooting game has 35+ locations and 500 shortcut scenarios that you can enjoy in offline mode. However, you might need an Internet connection to upgrade the app and add new features to it. 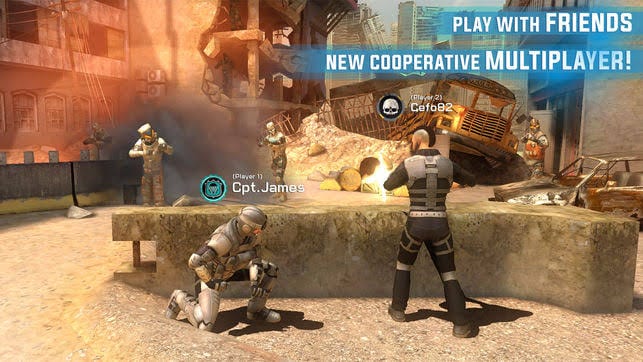 If you are looking for the best offline shooting games for iPhone in 2020 with good storyline and graphics, then you can definitely try this killer game. In this game, you have the job of killing your enemies in the vicinity while protecting yourself. You can easily move or dodge objects to take cover. The game has different scenarios in some you will be dropping bullets while flying in a chopper. You will have the option of customization to enjoy the realistic experience of the game up close. 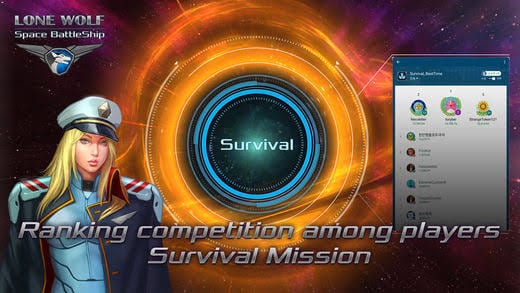 This is a dark offline game with lots of violence, adult content, and moral conflict, so it’s a game for adults only. The mystery storyline of sniper assassin gives the right amount of adrenaline rush. The mystery of the game slowly unfolds as you keep on playing through the underworld and killing people. The main highlight of this shooting game is the complexed storyline.

If you want to enjoy some cool shooting games with 3D graphics and modem artillery, then you should download the best offline shooting games for Android and iPhone. The benefit of downloading offline games is that you can play anytime and anywhere without worrying about the internet connection.

So, get some quick adrenaline and relieve your stress by playing easy shooting games on your smartphones. If you have some other games you want us to add in the list, then feel free to share in the comments below.